RSDSA Spotlight: When to Listen- A Day In The Life With CRPS 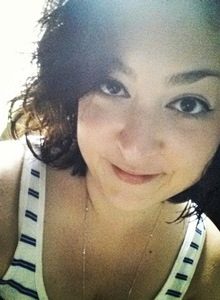 I, like many, had never heard of RSD/CRPS until it actually happened to me. I remember on the ride home googling it after the 3rd doctor I had been to said it is what I more than likely had. After many tests and even more treatments, I was diagnosed with this mysterious disease but I still wasn’t sure what was happening to me. I have done a lot of research, and I am still learning new things every day. In my experience, most doctors do not know very much about RSD/CRPS so how can other people know?

In the world of invisible illnesses it is almost impossible for people without them to know what it is like to be you. I look fine. I look like a normal thirty-something woman who is going about their day. I may look a little strange because I am pretty much always carrying my right arm around but for all intents and purposes I look “normal.” Now let me tell you the real story. If I am out of the house I probably have makeup on or my hair looks halfway decent. To look halfway decent required A LOT of effort. I winced, and took breaks, and sighed, and cursed the pain gods many, many times. I am also sweating from not only the effort but from the pain. To top it all off I am nauseous because I am almost every day. Yay, now I can leave the house. If I am riding as a passenger in a car I have to deal with a passenger side seat belt. This is constantly a problem because if the seat belt touches my collarbone it hurts and then causes a domino effect making my pain worse than it already is. Let’s say I get to my desired location, now I will carry my RSD infected right arm around with my left hand. I have been doing this for a very long time and the reasons are: because it hurts just hanging there, I feel like I am somehow shielding it and I am likely having a tremor. You may see me out in a store or at the library and I may seem fine. I am not. I am screaming on the inside. I am trying not to think about the pain. I am on fire but you can’t see my flames.

A lot of the time staying at home just sounds so much better. But, the same thing happens no matter where I am.

So I have painted a slight picture of what I deal with and now I want to talk about listening. People who do not have RSD/CRPS do not know what it is like. I constantly hear other people tell me their arm, leg, finger, toe, head, neck, etc. hurts and I am positive it does. Does it feel like you are literally on fire and there is nothing you can do about it? Probably not. Does it feel like you have ten thousand angry fire ants crawling in your veins? I hope not!!! Does it stop? I really hope it does.

There are days when the fire is a slow burning flame and the ants aren’t as angry as before, but it never goes away. There has never been a day where the swelling wasn’t pulling my at skin, or the intense throbbing wasn’t another heart beat I was feeling. There isn’t a day when sitting in a chair or laying on a bed wasn’t causing me actual pain. When I make a passing comment of “my arm/shoulder hurts,” it doesn’t just hurt, it’s just all I said. Sometimes people with these invisible illnesses just need to be heard. I know I try to explain it to those around me and even though they may try, they do not know. There is no way to know unless you live it. I know I am seen as ungrateful, a complainer, lazy, and that I exaggerate but those people don’t know. I am glad they don’t know the hell I live in because I wish I didn’t, but they also don’t listen. They hear you but they don’t listen.

In life people generally just want to be heard. People with chronic pain need to be heard. We need to tell people that something on us hurts without hearing back something on that person hurts too. We aren’t being narcissistic, or at least we are trying not to be, but it’s not the same. We don’t know the pain you are in, but you most certainly do not know the pain we live with every second of every day. We all just need to listen more and those without chronic pain need to also understand more. We didn’t ask for this and we would give anything to not be living here.

Posted On January 12, 2016 ~ 0 Comments
Written by Melissa Lovitz, Guest Blogger for RSDSA Dear Body, I’m sorry for wishing you were different and calling you flawed. Living with chronic pain…

The Friend Who Didn’t Tell Me About Their Chronic Illness

Posted On June 1, 2016 ~ 0 Comments
By Melissa Lovitz, Guest Blogger for RSDSA Dear Friend, I think you didn’t tell me about your chronic illness because I didn’t create a space…

The Myth of a Cure for CRPS