A Thorn In the Flesh-A Chronic Pain Journey 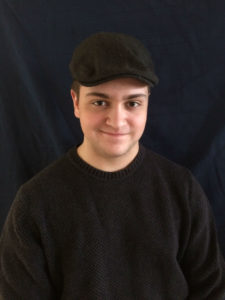 This blog was originally featured on Gabe King’s blog site Treasures on the Sand. This blog was submitted to us by Mr. King with full permission to share his chronic pain journey.

For many of us with chronic pain, we can only remember suffering. It can be very hard to think of the times that were pain-free, living our lives like normal human beings. However, this is not the path Our Heavenly Father has in store for us, for He has a greater purpose at hand. Though this is the case, it can still be a difficult journey, walking through life with what the apostle Paul referred to as a “thorn in the flesh.”

I wanted to share with you my own journey, from its early beginnings to the present. I hope that you can find encouragement from it, no matter what stage of life you are in right now.

In October of 2013, while at a fencing practice, I popped my back during a routine exercise, causing my back to ache for at least a week. Eventually, the pain subsided, so we thought nothing of it.

From November to December, while in the midst of performing as “Scrooge” in A Christmas Carol at our local community theatre, I contracted two respiratory viruses back-to-back, causing immense pain in my chest. I went to our family physician, who, after finding nothing on my chest x-ray, diagnosed it as costochondritis, gave me an inhaler and Z-pac, and sent me on my way. The chest pain continued, along with fatigue from constantly being in pain.

January of 2014, the pain decreased and I began to feel better. This was not to last,
however, and by February my pain was back with a vengeance. We returned to our family physician. This time, he ran blood tests and gave me 1000mg of Naproxen to take once a day. Finding nothing on the tests and having no relief from the pain, I was once again diagnosed with costochondritis and told to go to the ER if it did not improve. In March, as the pain intensified, we went to an ER and had a chest x-ray and blood work done. Both came back clear…again, and we were back to square one.

April added a new layer to the mystery as my eye became inflamed for several weeks. We tried treating with redness eye drops, Neosporin drops, and allergy medicine. Nothing touched it. We got in with a pediatric ophthalmologist. She believed there was a connection between the chest pain and the eye inflammation, gave us prednisone drops and pills to see if they helped, ordered full blood work to be done, and referred us to a pediatric rheumatologist. The blood work, of course, came back normal, so we waited for our appointment with the rheumatologist.

In May, while waiting to get in with the pediatric rheumatologist, we went to a regular rheumatologist at UVA who believed that it was not a rheumatoid issue, but a muscular one, and decided to give me twenty cortisone shots in my chest wall. Needless to say, it was not a pleasant process, nor did it have its intended effect of relieving my pain. In fact, not long after, the pain began to spread from my chest to both my legs and arms, making it harder to participate in daily activities.

A few weeks later, we had our appointment with the rheumatologist. This is where I was first diagnosed with RND, Reflex Neurovascular Dystrophy, for more info, click here. (RSDSA Note: RND and AMPS are used as names for pediatric CRPS).  After running another batch of tests to prove his diagnosis, he gave us information on a Children’s Hospital in Pittsburgh that specialized in treating RND and sent us on our merry way. We never heard from him again nor were we able to get in touch with him.

We researched Pittsburgh and found they treated RND with intense physical therapy, along with psychological therapy. It sounded promising, but as we began the process to get scheduled with them, we looked deeper to find that they had a rather large percentage of patients who, within a year or two, had a recurrence of the RND. Though the possibility of being free of pain for a short time was great to hear, the fact that it would be short-lived struck me like a dagger in the back. I wanted to be completely cured, not halfway cured.

So, during most of the Summer of 2014, we sought out other means, from aqua therapy to a tens unit, all to no avail. We even went to a pediatric neurologist, who turned me away because he “couldn’t help,” pretty much saying it was all in my head.

Finally, in the middle of June, I gave it all to my Father, and He gave me a reprieve and allowed me a full month and a half without pain. Though I may not have known why He decided to grant me this gift, I understand now that it wasn’t a gift, but a message; a message that would take me two more years to figure out.

That fall, the pain reared its ugly head again, radiating out from my chest to my back, arms, legs, and hip. At this point, I was working part-time at a restaurant in town. I had to quit that job due to the physical limitations from my intense pain making me unable to continue.

Over the course of 2015, I had to limit most of what I loved to do, acting, fencing, singing, and other extra-curricular activities, because the pain was becoming unbearable to the point I was having a hard time getting out of bed. We tried everything from Lyrica to Maxalt. The only medication we found that helped was Cymbalta, which mainly allowed me to sleep through the night without waking up in excruciating pain. When the pain would get severe, I would take a Hydrocodone, which only knocked me out, but it allowed me to rest for a short time.

It was at the beginning of 2016 that it began to up the ante, from the death of my grandfather to living through an EF-3 tornado to our eventual move to North Carolina in the fall. The stress of all those combined caused my pain syndrome to spin out of control. I was taking classes online at the community college nearby and had the hardest time passing with good grades because I could hardly focus with all the pain.

When we had officially settled in NC, we set up an appointment with a nearby neurologist, who was highly recommended by members of our church for persevering to find answers. He diagnosed me with AMPS (Amplified Musculoskeletal Pain Syndrome, for more info, click here) and, after poking and prodding me, decided there was nothing he could do and left me to fend for myself.

This was the final straw for me. I had finally had enough with doctors and medications, and finally came to grips with the fact that my Heavenly Father has allowed me to bear this burden for a greater purpose. And so, that brings us to the present, where I currently am endeavoring to go through life with this “thorn in the flesh.” Yes, I may have my bad days, but I still strive to fight this vicious disease and glorify my Father through the path He has in store for me.

I hope and pray that you can say the same.

Fighting Back: The War Against Chronic Pain Sufferers

Posted On December 11, 2015 ~ 5 Comments
By Suzanne Stewart, author of "Tears of Truth" blog Think back to the Gun laws.  Remember how some citizens were against taking guns away from…

Posted On November 29, 2016 ~ 0 Comments
By Guest Blogger Alessia Zen A story of living with CRPS (the struggles and triumphs), the hope for the future, and what the community truly…

Posted On November 9, 2017 ~ 0 Comments
Writen by Marcia Nolting for the RSDSA blog. Treatments for CRPS or RSD vary per person. We would like to note that you should always…