Team Caroline: A CRPS Story of Hope & Of Giving Back 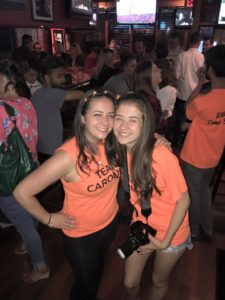 Written by Caroline Bert for the RSDSA blog.

Caroline is a CRPS/RSD warrior that has been fighting for about 9 years. Now, Caroline is doing what she can to defy CRPS “limits” and to make a difference in the CRPS/RSD community through fundraisers.

My name is Caroline Bert and I am 21 years old. In 2007 I broke my left wrist, when the doctor took my cast off my arm was crooked. After 11 months of many doctors ruling things out, my diagnosis was Reflex Sympathetic Dystrophy. Dr. Neil Kirschen treated me by a series of 3 stellate ganglion nerve blocks , and then on the first treatment of the second series I woke up with full relief. I went into a 3-year remission until 2011 when I re-injured my left wrist working as a hostess at a restaurant. We tried the nerve blocks, but because my nerves were already scrambled from the previous blocks it had an opposite effect, causing a flare up during the procedure.

It was time to explore other options. Calmare treatment was unbearable, acupuncture was as well, and physical therapy was torture. With high hopes I stepped into Dr. Brian Durkin’s office, I put all of my trust into him and it was the smartest thing I have ever done. Dr. Durkin is the best doctor on the planet. He has made it possible for me to accomplish more than I could’ve dreamed. In 2012 I had my first ketamine-lidocaine infusion at Stony Brook Medical Center. After waking up from the infusion my pain level went from a 9/10-2/10. I was able to take the brace off of my arm and I could even touch it. This is something that I had not felt in a long time, and it was relief.

What I liked most about Dr.Durkin was that he encouraged me to live how I wanted to, and gave me the all the help I needed to do that. Many doctors would say that being a dancer with RSD is very dangerous. I was told to stop dancing and one doctor even told my mom that “saying your child with RSD wants to be a dancer is like saying that your child the hemophiliac wants to work at a glass factory.” But Dr.Durkin said that dance was a form of physical therapy for me. And that as long as I knew my limits and listened to my body, I could be a dancer even with RSD. He told me that most people who have had RSD will have it spread to other parts of their body, but me being active was preventing that. He never told me to quit doing what I love.

In 2012 I went away to SUNY Potsdam as a double major dance and photography, however due to the cold weather and a fall on the ice I developed RSD in my right wrist that winter. I came home and then went back to Potsdam. I loved Potsdam but it was not a good place to be with RSD. The doctors were unfamiliar with it, a trip home takes all day, and the cold weather makes it worse. In 2014 I came home for good. The RSD in both wrists was at the worst it has ever been and every time I came home I had to miss more school, it was not worth it. After coming home, I was able to see my doctors regularly, I was always able to get my prescriptions refilled on time, and I had my family around to make sure I was okay. I took classes at Nassau Community college while figuring things out. coming home was hard but it was what I needed. I got 4.0 in every class, and started working for the New York Yankees as a fan photographer. I get infusions every 6 weeks and I am able to do everything I love to do, to live a somewhat normal life under these rare but difficult conditions.

My first Achilles walk was in 2012 (The year I graduated High School) and my shirt read: “RSD won’t stop be from being a dancer, a photographer, or graduating” It was amazing to meet so many others that could understand what I am going through. 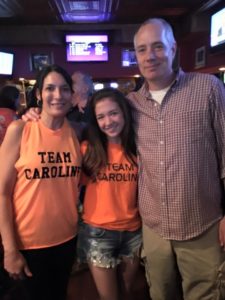 This year my mom and my friend Annette wanted to raise more money for the walk than we ever had in years past. They took on the task of planning my fundraiser, because they love and support me so much. We held the RSD/CRPS Fundraiser on June 3rd from 8-11 at a local bar called “J.Pauls Terrace Cafe”. My dad Glenn Bert and friend Annette Quinn were guest bartenders and 20% of what was made at the bar during the fundraiser was donated to the walk. We also sold raffle baskets and 50/50.  We had an outstanding turnout and live music by my cousin Jake Incao. It was an amazing night and I could not help but feel blessed because as I looked around at the crowd in the bar that night I was reminded what an incredible support system I have. We raised over $2,500 that night, and the donations keep coming from some friends that were not able to make it. I would say that the fundraiser was very successful because although it is great that we raised so much money, I think it is even better that we raised the awareness in my community. During the fundraiser so many people asked me questions about what RSD is and I was so happy to educate them because next time they meet someone with RSD they won’t have to ask “what’s that?”

So, while we made a lot of money we ultimately achieved our goal of raising awareness in the process. My support system took on this entire project of creating a fundraiser on their own. It was put together by the people who have seen me at my worst and still love me. They organized raffles, donated their time and services, and advertised the event as much as possible. If people would like to donate to Team Caroline, please click this link. 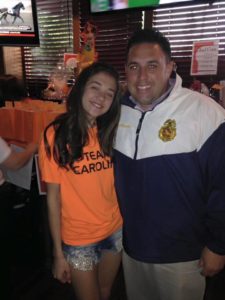 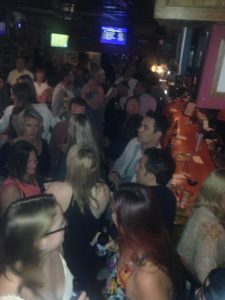 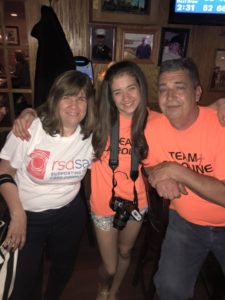 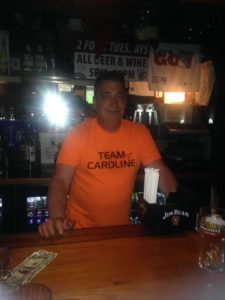 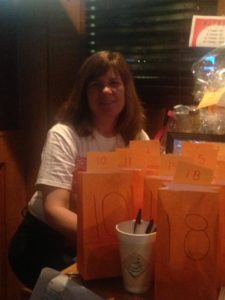 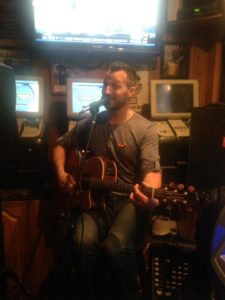 Posted On November 24, 2017 ~ 0 Comments
By Guest Blogger Kelly Hodgkins Some people with CRPS have a difficult time discovering what they can do while living in pain. Guest blogger Kelly…

Posted On November 9, 2017 ~ 0 Comments
Writen by Marcia Nolting for the RSDSA blog. Treatments for CRPS or RSD vary per person. We would like to note that you should always…

Posted On July 5, 2016 ~ 0 Comments
By Sammie Barrett, Special Events Coordinator I’m back! We’re officially less than a year away from my CRPS wedding. I’m taking you all on this…