When Someone Offers You a Cure for CRPS

Published on February 7, 2017 under Opinion 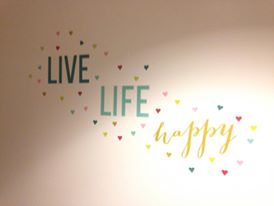 All people that have been diagnosed with CRPS/RSD want in this lifetime is a cure. That’s why so many of us focus on awareness, awareness events, fundraising, and even on keeping up with the latest research. There is nothing more we want than to be the “old” us- the ones that can hop, skip, and play with our dogs, children, grandchildren, nieces/nephews, and so on, without being in excruciating pain and facing all of the consequences that come with it (if we can even get our bodies to move in those ways).  Please note everything in this article is my own opinion.

Another common thing is that all of us have been told that someone has a cure. Most of the time, this is coming from a friend on Facebook/Twitter/Instagram who said that they lived with chronic pain until they tried XYZ supplement and did eight hours of hot yoga a day followed by four hours of pure barre. While I think it’s absolutely fabulous that this works for these people, who lived with a different form of pain, I understand that these things may not work for me. The crazy thing about CRPS is that what may work for me may increase someone else with CRPS’ pain level. If CRPS is that fickle within itself, it definitely can differ from other chronic pain conditions.

The other day, I was on Facebook when I saw a post from a man that was in one of my absolute favorite bands. He left the band and started his own band, but has mainly focused on his uber healthy lifestyle since leaving the band. He said that he was going to do a live stream at 8 p.m. and was going to tell people how they could get rid of their diabetes, asthma, anxiety, depression, xyz, and also chronic pain. I believe my reflex was to roll my eyes a bit. I looked at the comments and saw him going to war with a woman living with Ehlers Danlos Syndrome, which is another chronic pain syndrome I have, but it is a genetic condition. He continued to empathize that if this woman did what he said (and had started doing it in the womb apparently) that he would be able to get rid of her pain forever. People continued to remind him he wasn’t a medical doctor, but he went on. I was going to watch the stream, but I couldn’t.

Now, I’ll admit, if I’ve heard that a certain supplement, diet, or fitness routine would help my different conditions, specifically my CRPS pain, I’ve tried it. I always consulted with my doctor first (who would tell me I could try, but to be fair he also told me some of them were just outrageous). I understand that “clean eating” and movement over time can help ease pain and inflammation, but it is not a cure. One more time, for the people in the back, it is not a cure. For the longest time, things like this would upset me to no end. To be promised a cure only to find out it was someone trying to sell something or trying to push their views on me was incredibly unsettling. Through my experience with CRPS, I’ve done everything I can to hold on to every ounce of hope and positivity I have. I don’t think that I’m alone when I say that false hope hurts more than hope that hadn’t existed initially.

One thing I will say about people that suggest their own cures is at least they are trying. They see that I’m in pain and that I’m having a difficult time and they want to help, so they suggest something that they’ve tried/heard about/read about/seen a YouTube advertisement for. So, being thought of like that is enough to provide some hope, even if what they’re suggesting directly doesn’t lead to anything. Think of it like this: if someone is suggesting something to you, they’re not only thinking of you, but thinking of the condition. That can lead to more awareness and increased interest, which will certainly one day take us even closer to a cure. So, actively keep that hope going. You’re opening up a dialogue that a lot of people wouldn’t have had if they didn’t know you had CRPS. Woohoo for unintentionally making a move towards positive change.

If people suggesting these “cure alls” to you really upsets you, please say something. Even saying something along the lines of: “I really appreciate that you’re thinking of me and CRPS. But right now, my doctor and I have a plan and we’re doing what we can. I’ll mention it to him/her, but right now there isn’t a definitive cure.”

I’m working on keeping this outlook towards anyone that tells me to go see a certain type of alternative doctor, take some kind of supplement, or do some weird headstands. Some days, I’ll admit I’m quicker to shut it down. Other days, I realize that they’re trying to help and that within their willingness to help is my own hope! I’m just going to keep on keeping on (and I’ll always consult with my doctor first).

Posted On March 8, 2016 ~ 1 Comment
By Guest Blogger Anna Evenosky   So often we find ourselves in situations where people are trying their best to help us when in reality…

Posted On November 7, 2017 ~ 6 Comments
By Guest Blogger Allison Wells, MD Dr. Wells shares her take on ketamine treatment information for CRPS. She offers insight to what she thinks works…

How RSD Potentially Stole My Dreams- Cope With RSD/CRPS

Posted On February 21, 2017 ~ 0 Comments
By Guest Blogger Tatiana Being diagnosed with RSD/CRPS is challenging at any age. Being young and going through the challenges of school can make it…