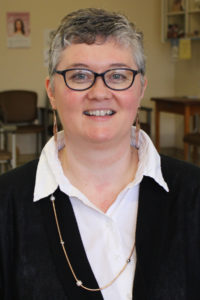 Allodynia is formally defined as a painful response to a stimulus that does not normally produce pain.  This includes painful feelings in response to 1) light touch such as a caress, or the stroke of a cotton ball; 2) temperatures that would normally be comfortable (like cool water from the tap, or the warmth from a mug of coffee); or 3) gentle pressure, like wearing a sock or a bra.  In the Budapest criteria for complex regional pain syndrome, allodynia is considered both a sign (something that can be measured) and a symptom (something the person reports experiencing).  While we don’t have exact numbers on how many people will experience allodynia across the course of their condition, we do know about half of people who come into a pain clinic for treatment of complex regional pain syndrome (CRPS) have this painful sensitivity.  Allodynia is not unique to CRPS: it is seen in many other forms of chronic pain.  However, when someone with CRPS has allodynia, it can interfere with the very treatments that could otherwise help.  For example, it is hard to work on stretching a stiff joint if it hurts just to have the therapist touch your skin, or when putting your arm in a warm whirlpool bath feels like burning knives.  Practically, it can be hard to even get out of the house if it hurts to wear a coat or footwear.  So, finding treatments that can make allodynia decrease or disappear is important.

“Somatosensory rehabilitation for pain” [#NeuroPainRehab] is a treatment method that includes strategies to help therapists and other health care providers assess and treat allodynia.  This idea was developed by an occupational therapist in Switzerland, Claude Spicher [@ClaudeJSpicher]. He observed that persons who had neuropathic pain (that is, pain resulting from some form of injury or damage in the nervous system) always had an area of numbness or decreased sensation to touch: but in some people, this area of numbness was hidden by an area of painful sensitivity – allodynia – on top.  By carefully testing for these areas, Spicher was able to identify what specific nerve branch was most likely to be injured or damaged, because of where the sensation was changed.  But instead of trying to stimulate that cutaneous nerve directly over the area that was painful, he asked his patients to use comfortable somatosensory stimulation (like rubbing or stroking with soft fur or silk) on an area of skin related to the same nerve, but away from the injury, so the feelings were normal.  In simple terms, this intense (but comfortable) stimulation would over-ride the painful sensations from the area of damage, and allowed the spinal cord and brain to start responding more normally.  Once the somatosensory nervous system started to respond better, then pain would reduce, and often the area of allodynia would shrink, and numbness would be revealed around the borders.  Then the person could start to work on somatosensory re-education, the usual therapy activities for improving numbness.  However, the sensory re-education was only used for numb areas, and not the area of allodynia.  In fact, people were encouraged to touch the area that was painfully sensitive as little as possible, so the brain would not be constantly reminded how much it hurt to be touched.1  But as soon as the allodynia went away, then they needed to begin touching the area with all sorts of comfortable textures.  This helps the brain to use the information the way it was intended: not as a painful warning signal, but to tell the differences between soft and hard, rough and smooth, wood and metal.

I first heard Claude Spicher speak about his ideas at an international conference for hand therapists in 2010.  I was working on my master’s degree studying how health professionals could to do a better job of assessing CRPS, and I really liked the careful way Spicher was assessing allodynia.  His ideas around treatment were very different compared to what others were doing at the time, but they made good scientific sense.  So we traded emails, and when he came to Montreal to teach, I completed the training and became a Certified Somatosensory Therapist of Pain (CSTP®), because I wanted to really understand the overall approach.  I started using the method with some of my patients with persistent allodynia after hand injury, and liked what I saw.  But putting on my researcher hat, I realized we needed to do some formal research to see if it had the potential to help many people, and not just carefully selected individual cases.  Spicher graciously invited me to visit his clinic in Switzerland, and extract data from his records.  So I wrote up a proposal that was approved by my local ethics board, and went to work reviewing hundreds of records.  For this study, I wanted to know: How effective is somatosensory rehabilitation for allodynia in persons with CRPS of one upper limb?2

I reviewed every record at the Somatosensory Rehabilitation Centre in Fribourg, Switzerland from when it opened in July 2004 until my visit in August 2015.  People were referred to the clinic by a medical doctor, and assessments and treatments followed a detailed clinical protocol.  They attended a weekly treatment session and were seen on alternate weeks by two different occupational therapists, both trained in somatosensory rehabilitation.  I recorded the data from every patient who met the Budapest criteria for CRPS (this was done as part of their admission screening) in one arm, regardless of whether they attended every visit or completed the recommended course of treatment.

Patients with allodynia were assessed in 3 different ways:

I found 48 records describing patients referred for treatment who demonstrated allodynia accompanying CRPS.  70% were female, and the average age was 45 years.  The average area of allodynia was 66 cm2 or about 10 square inches.  About 10% of people also had depression, anxiety, or post-traumatic stress disorder as well as CRPS.  People reported having pain symptoms for an average of 31 months before starting treatment, but this ranged greatly from one month to over 25 years.  On their first visit, people scored anywhere from 4 to 99 on the QDSA, with an average score of 48/100.  After treatment, the average pain score was 20/100, including those people that only came for part of the recommended therapy.  This was a statistically significant difference (p<0.001), and earned a rating for a strong treatment effect (ES=1.64).  In people who actually completed the whole treatment (an average of 81 days), the average pain score was 12/100 (range 0-44).  If treatment was completed as recommended (in 58% of the records I reviewed), then by definition, the rainbow pain score was 0/7 and the area of allodynia had completely resolved.  Only 5% of patients stopped treatment because they or the therapist were not seeing any changes; the rest either dropped out of treatment or had to stop coming to treatment because of other life or health issues.

What did we learn from this study?  To summarize what we found:

On the basis of looking at treatment records (which can only give us moderate strength evidence), somatosensory rehabilitation can reduce pain and may resolve allodynia.  Once the allodynia is gone, it may allow people to participate in other forms of therapy for their remaining symptoms.  However, we would have more confidence in this form of treatment if we found similar results in a prospective, controlled study, where the results were compared to results from another form of treatment in people with similar symptoms.  Studies called randomized controlled trials give us strong evidence when they are well done.  We would also have more confidence in the results if treatment was done by someone who was trained in somatosensory rehabilitation, but who didn’t have a part in developing the treatment.  This can be considered a potential source of bias, and when there might be bias, we have to say the evidence is of lower quality.  However, in the records we reviewed, there were 13 other therapists (besides Spicher himself) who treated the patients.

Because big randomized controlled trials cost a lot to run, it was important for us to be sure there was some evidence to support going ahead with a big study, even if that evidence can only be considered low to moderate strength right now.  One of the strengths of this study was that we included all the records, even people who dropped out of treatment.  Another strength of this study was everyone had been screened using the Budapest criteria, so we were confident every record we reviewed represented a person with CRPS.  This study became part of my PhD thesis at McMaster University on advancing rehabilitation for complex regional pain syndrome.

You can find the complete study on the Journal of Hand Therapy website at doi: 10.1016/j.jht.2017.02.007.  There is also more information, patient comments and many case studies available from an on-line newsletter for patients, therapists, medical doctors and neuroscientists on somatosensory rehabilitation at www.neuropain.ch.

Posted On December 1, 2017 ~ 0 Comments
Written by Ashley Epping for the RSDSA blog. Ophelia is a 19-year-old who developed Complex Regional Pain Syndrome at only nine years old, is from…

A Thorn In the Flesh-A Chronic Pain Journey

Posted On May 9, 2017 ~ 0 Comments
By Guest Blogger Gabe King This blog was originally featured on Gabe King's blog site Treasures on the Sand. This blog was submitted to us…

Palliative Care for the Person with Complex Pain Generating Syndromes

Posted On August 23, 2017 ~ 0 Comments
By Dr. Terri A. Lewis What is palliative care and what does it mean for people with complex pain syndromes? Dr. Lewis sheds light on…