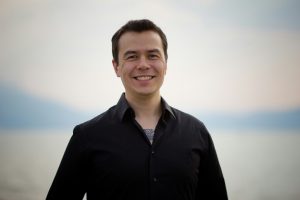 In 2003 when I first began creating Manual Ligament Therapy (MLT), it was for this simple but important reason… Something different had to be done in the approach of helping those with pain.

In those days as a medical manual therapist working in a Physical Therapy clinic, I became frustrated with the amount of time it was taking for people to heal while getting multiple therapies such as PT, Chiropractic, Massage , and anti-inflammatory injections.

Inspired by an old chiropractic technique called the “Logan Basic” that a good friend, a Chiropractor named Dr. John Mishko had shown me, I decided to do something about the suffering I was seeing. From there Manual Ligament Therapy was born.

The background of MLT is based on over 35 years of federally funded and international research identifying damage to ligament tissue, even micro-tearing like grade-1 sprains, as a major cause of neuromuscular conditions.  Although suspected for many years, the influence of ligaments on the musculoskeletal and nervous system was first verified by Dr. Moshe Solomonow PhD in the early 1980’s at the University of Colorado in Boulder.

Having based MLT specifically on the research of Dr. Solomonow amongst other doctors, I was truly honored to have been mentored and officially endorsed by Dr. Solomonow during the development of MLT.

The truth is ligaments, there are over 900 in the body, have been shown to contain large amounts of receptors that transmit vital information regarding movement, pressure, stretch, and in some cases pain to the nervous system.  From there the actions of the muscles, connective tissues (fascia), and even internal organs are directed.

In simple terms ligaments are the movement “managers” of the body, with the muscles and connective tissues obeying their instructions.  However, due to the lack of flexibility and nutritional circulation within ligaments, they are easy to damage and slow in recovery. These characteristics have been shown to be a major cause of acute, sub-acute, and especially chronic musculoskeletal symptoms.

Being completely non-invasive, MLT is extremely gentle with the use of finger pressure at less than 2-3lbs per square inch being applied to targeted ligaments. This combined with specific positioning of the body and limbs is suspected to create a neural “re-set” where the autonomic nervous system is moved out of the sympathetic state (fight or flight) and into the para- sympathetic state of relaxation.  The outcome is a significant and consistent reduction of muscular and fascial tension and pain in localized areas as well as throughout the body that is well documented clinically and in research.

In 2010, MLT was for the first time specifically used to treat RSD/CRPS. The person treated was a 14 year- old girl, Haley DePriest, who had severe symptoms in one of her legs that had been ongoing for around 4 years due to an injury and subsequent surgery.

My good friend Dr. Edward Glaser DPM asked me to treat Haley to see what would happen.  Having never heard of the condition before (common in the healthcare world) I agreed to do a treatment of only MLT lasting about 20 minutes.  At the end, Haley upon standing up, stated she felt “much better!”.

In January 2016 I was notified that she had never had RSD/CRPS related symptoms again following the single treatment 6 years prior.

On the 29th of April 2016, further experiments using Manual Ligament Therapy on people suffering RSD/CRPS were performed with the organizational efforts of Dr. Glaser.

Here were the results-

There were 11 people treated in the pilot in late April 2016.  Although treated 5 years ago, Haley can be considered a 12th participant in the study.

Part 3- Why Did MLT Have This Effect?

So far, the results Dr. Glaser and I have achieved using MLT has been encouraging to say the least. But I think we can do better.

The reason is that as I have looked back over the 18 years of my practice, I now realize that I have, without knowing it, successfully treated patients suffering RSD/CRPS. In fact last summer I had a patient who had, now that I know the signs and symptoms, RSD/CRPS type-2 from a dental surgery in 1996. She tried unsuccessfully every treatment she could but suffered day and night unable to smile, eat, or even brush her teeth without high levels of pain.

I treated her with the same protocols I use with all my patients. This includes MLT, dynamic stretching, trigger-point therapy, and movement/posture re-education. The result was near 100% relief within 4 treatments.  And yes, she has remained that way since.

In the pilot studies including Haley DePriest, we only used MLT which I believe helped in calming the nervous system but this is only the first step.

So why not start focusing on RSD/CRPS using everything I do?!

Well with this inspiration Dr. Glaser and I have created a new program that will soon begin. Its mission is to treat RSD/CRPS and other chronic pain sufferers with the complete protocol using MLT and the other modalities that has given me so much success in the past.

The program is called “The Gohl Program”.  And no that wasn’t my first pick of names but was a suggestion of Dr. Glaser and other associates in the program including my father Warren Gohl who brings a vast professional knowledge base of helping others on many levels.

The Gohl Program, is basically a retreat spanning multiple days that sufferers of RSD/CRPS and other unresolved chronic pain can attend to receive my unique protocols as well as nutritional guidance, yoga/meditation, and specialized guidance for coping with life/trauma… No drugs are used. No surgeries are used.

We have high hopes that we will be able to help many people who have lived with pain for too long, and that is after all, what started my search all those years ago.

Arik has been a clinical manual therapist since 1999. In the years since graduating, he has developed numerous clinical practices and curriculums for Physical Therapists, Massage Therapists, and Chiropractors. In the past 12 years, Arik has become well known for creating a new type of treatment called Manual Ligament Therapy (MLT) and has been endorsed by some of the most respected researchers and doctors in the world, including Dr. Moshe Solomonow PhD and Dr. Edward Glaser, owner of Sole Supports orthotics.
In his time as a therapist, Arik has continued to seek new and more effective ways to treat difficult conditions with an advanced combination of modalities including dynamic stretching, movement re-education, and manual therapies. The end result is his protocols are able to resolve both simple and difficult conditions in a fraction of the time it would normally take in conventional physical rehabilitation.  For this, he has an international reputation as a sought out clinician for those suffering all levels of symptoms, as well as being respected as an educator of advanced subject matter such as neuro-ligament sciences.
Currently Arik owns a Physical Therapy clinic in Guadalajara, Mexico which has become the “go-to” clinic for patients of all varieties as well as some of the best athletes in the country. In addition Arik has recently teamed up with Dr. Edward Glaser of Sole Supports orthotics to focus on the treatment of the debilitating condition known as Reflex Sympathetic Dystrophy Syndrome (RSDS) with the goal of providing a non-invasive, non-surgical resolution for the disorder.

A Measured Approach to Pain- Help People with Chronic Pain

Posted On September 13, 2016 ~ 0 Comments
By Guest Blogger Elisa Friedlander Written for the Huffington Post initially titled: A Measure Approach to Pain: Tools to Help Patients and Doctors "There’s one…

A Journey with CRPS/RSD Through the Gift of Music

Posted On June 7, 2016 ~ 0 Comments
By Guest Blogger Shannon L. Everyone has that one thing that gets them through their CRPS/RSD battle. For Shannon, it is music. Read her…