The Importance of People- Friends with CRPS

Published on January 24, 2017 under Call to Action

I started my CRPS journey when I was a teenager. Of course, then, it was known as RSD, but a lot has changed over the years. I remember being diagnosed with “Reflex Sympathetic Dystrophy,” which instantly made me think that the doctor thought I was faking to get people’s sympathy. But, I soon found out it was so much more.

Doctors didn’t give me much hope. They actually told me I would never walk again. But, I’ve always been a determined little monster. I did everything in my power to battle the beast that is CRPS/RSD. Physical therapy, acupuncture, medications, desensitization, and anything that was in experimental phases that I possibly could. But, there was something that endlessly frustrated me. If there were other people out there with this, and people were allegedly getting diagnosed more frequently, why hadn’t I heard of it before? Why didn’t I know anyone with it?

That’s when I started to want to find others with it. The very first person I met with CRPS/RSD is a great friend of mine to this day. Jodi and I found each other ultimately by accident. I had a fundraiser and she was from a 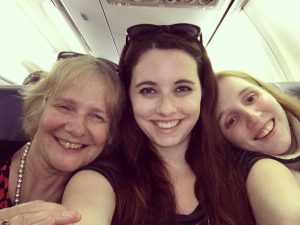 surrounding town. Her mom, the notorious S-U-E, brought her to my fundraiser and we got to connect. It blew my mind that someone that was close to my age (and lived near me) was going through everything I was going through. She went off to college while I was still in high school, so communication became limited to Facebook. But, I always knew if I needed to talk, she’d be there. Now that we’re both older, we get to chat a little more frequently. Our schedules don’t always align, but we cheer each other on and try to check in on each other. We’ve been through some incredible moments and some of the lowest moments of life together. We have inside jokes that no one would understand. We’re able to discuss anything and everything. Topics that could make other people uncomfortable we openly chat about, since we’re both still constantly learning about living with chronic pain syndromes among other things. Her friendship is not something I take for granted. She is truly a lifelong friend.

I had a Twitter account for my concert series. I was constantly meeting people through it. I would chat back and forth with people, and then realized there were a fair amount of people that were close to my age and living with this. One of these people was Emma. Emma lived in a town with the same name as mine, but over in Michigan. We laughed about traveling to the “other” town name to see each other. We eventually became texting buddies and got each other through a lot of life changing events. We called each other “twin,” because our stories and lives were so incredibly similar. I knew that I could text her to talk about the show “Total Divas” just like I could text her during a moment of anger/sadness because of pain or life.  In “Total Divas,” the Bella Twins are the featured as some of the main cast members. Since we called each other twin anyway, she became Nikki Bella while I became Brie Bella. We had a bit of pseudo-twin telepathy. She would text me knowing something was wrong without me saying anything and vice versa. We were able to FaceTime a few times just to talk about live and how we hoped to meet each other one day. She was always a great friend to me. I don’t doubt for one second that she helped me get through some incredibly tough moments. We still haven’t been able to meet, but I’m optimistic about the future. 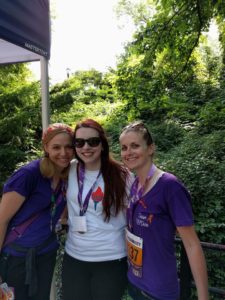 I have some other friends that I was able to virtually meet and then meet in person. Kerry, Ginger, Rachel, and Taylor are just a few. I’ll never forget meeting Kerry. We had always talked on Twitter, but

then I heard her check in to the Achilles walk about 3 or 4 years ago. I turned around and felt like I was meeting a celebrity. I was so excited to finally meet this friend that I had been talking to online for so long. I met Ginger in person a year later at Achilles and instantly felt like I had known her forever. The three of us even united to do a live stream event, even though I FaceTimed into their Periscope session. We frequently discussed the three of us getting together, but schedules don’t always align. Rachel and I met through our CRPS/RSD Twitter accounts. We then became pen pals. We also always talked about meeting. I remember the day that I received a letter from Rachel with some very serious news about her health. I panicked for her and found her number so I could text her and try to be there for her in a way that was a little quicker than snail mail. She told me what she was about to endure, and we texted back and forth for the rest of the evening. I remember the first letter I received after her  procedure. It had gone very well and she wasn’t experiencing the pain that she had been before. I was so happy for her. We also met at for the first time in person at an Achilles Walk. We didn’t get to chat much, but it was so nice to see her in person. She recently got married and I felt like I was living through her, I was so incredibly happy. And then there is Taylor. Taylor and I had been texting buddies because of things related to my work. I hadn’t known she was close to my age initially. Then, we found out we were going to meet and we were so excited. The day I met her, I felt like I met a long-lost sister. We ran (well, we hobbled) toward each other and gave the biggest bear hugs that we could tolerate. We talked, and talked, and talked some more. It was an instant connection. We text each other now when we can, since we live on opposite sides of the country, but I don’t doubt for a minute that the next time we see each other, it’ll be a lively reunion. Not only was she an instant friend, but instant family.

Now, what is the importance of all of this? People. People change people. Knowing even one person that can relate to or understand what you’re going through is so important. While none of us want other people to have to live with chronic pain, having another person that lives with CRPS/RSD that you know really can help validate what you’re going through. Once I met/started talking to other people living with CRPS/RSD, I felt much less alone. I felt like I had fellow soldiers in this battle with me. These people don’t judge, they help. It’s truly an overwhelmingly incredible feeling. Social media has become a great platform for this, especially with online support groups, but there is something about meeting people in person that makes it even more real.  One friend can make a huge difference. That’s one thing I love about events- people get to meet and make these incredible friendships. The television “Girl Meets World” had the on-going lesson that people change people, and it’s so incredibly true. While I still have friends without CRPS that try to be understanding to my situation and are incredibly supportive, it is different to talk to someone that can truly understand what a text that says: “My body is on fire today, but I’m fine. How are you?” means.

I’m so excited that, for the first time, RSDSA will be helping young adults meet and interact. The first Young Adult Weekend will not only focus on forming these friendships, but will also help facilitate discussions about things that young adults are concerned about. It is going to be such an exciting time. This is the first time we’re doing something specifically for those people that aren’t children but are still getting used to the adult world. College, jobs, relationships, families, living independently, and anything else that runs through the minds of young adults is up for discussion. Plus, there will be some great activities to partake in. I am picturing people that have been virtual friends for years finally getting to meet in person and I already have goosebumps!

And then, of course, for teenagers and older, we’re bringing Treating the Whole Person: Optimizing Wellness to Nashville, TN. The reception the night before really allows people to get to mingle and make friends, while the conference is helpful with different tips and educational opportunities to try to help people with CRPS/RSD live their best lives. We even have a caregiver panel to help the amazing people that help take care of us day in and day out. We’re expecting this conference to completely sell out, and it’s doing so quickly, so do not hesitate in registering and booking your room!

If I mentioned you in this blog, thank you for being a friend. If you weren’t mentioned, it’s nothing personal. I’ve met so many incredible people that I had to cut part of my blog since I went well over 3000 words. To those of you that I haven’t met yet, I can’t wait to meet you. Connect with others! It’s more important than I can even explain. If you need a friend, you’ve got a friend in me. 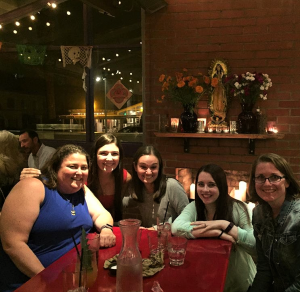 Posted On January 23, 2018 ~ 0 Comments
Written by Samantha Anderson for the RSDSA blog Everyone has bad days. They are inevitable. Bad days are what make good days feel amazing. It…

Posted On November 27, 2017 ~ 0 Comments
Written by Michael Sullivan PT, MSPT for the RSDSA blog. How important is movement to our health and wellbeing?  A dark lesson starting in medieval…

Posted On November 7, 2017 ~ 6 Comments
By Guest Blogger Allison Wells, MD Dr. Wells shares her take on ketamine treatment information for CRPS. She offers insight to what she thinks works…