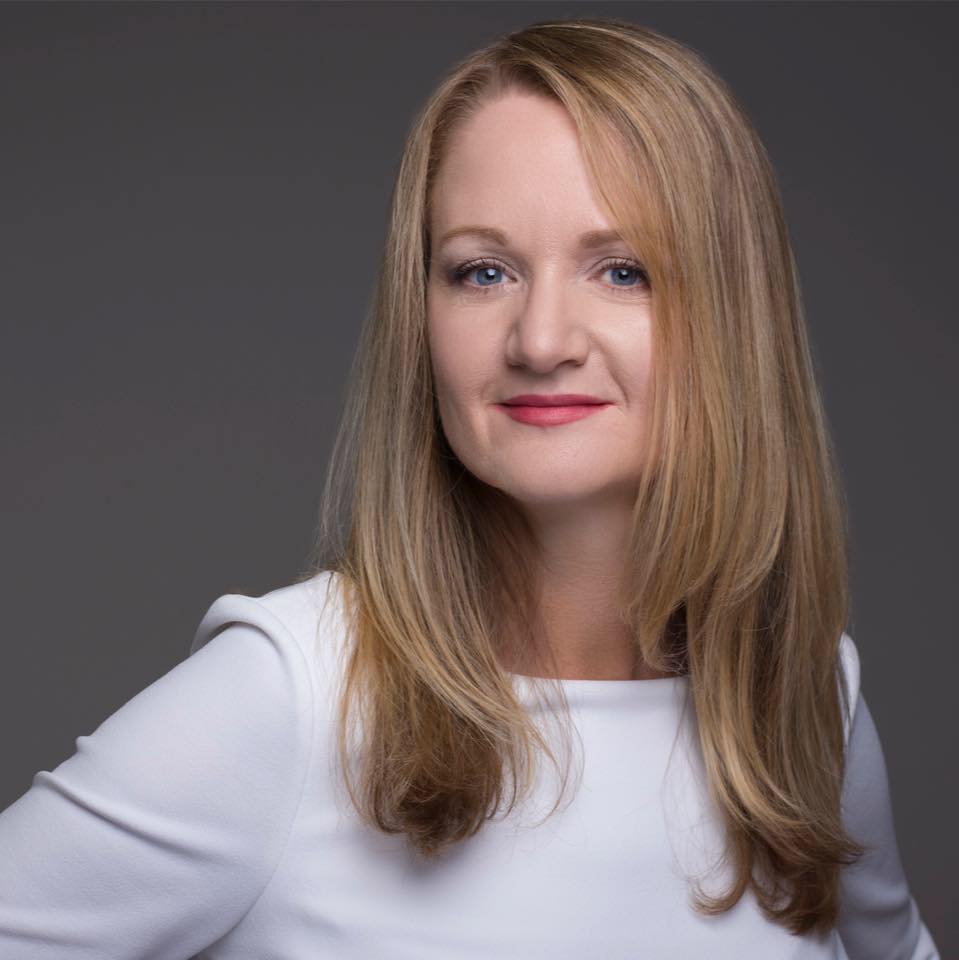 Ten years ago, I treated my first CRPS patient, Carlos. Carlos had full body CRPS and suffered from gastroparesis. Carlos had no quality of life left, and would curl into a ball each time he ate the smallest bite of food, screaming pain ravaging his body. Carlos’s youngest son was nine months old. In those years, I was like so many other doctors who face their first CRPS patient. I was unfamiliar with the condition, and I felt daunted by the sheer magnitude of his suffering. Luckily for me, I had one tool that turned out to be exactly what Carlos needed: Vagus nerve stimulation. The Vagus nerve is one of the twelve pairs of cranial nerves. Back then, it was still rarely discussed as relating to chronic pain. I understood its role in inflammation of the nervous system and the communication to the GI tract. I thought that as scared as I was of failure, I might be able to make a difference for him. That day, my career made a quantum leap. Carlos left my office and was able to eat a full meal. Three months later, Carlos achieved remission and has remained in remission despite serious subsequent injuries and a gallbladder surgery. I would never forget the gift that my first CRPS patient had given me. He gave me passion, he showed me my mission.

You may wonder how the answer for Carlos might have been so seemingly simple. You may also wonder how a chiropractor (of all professions) was able to help such a serious CRPS case. The difference can be found in my education (which started in my childhood, growing up in a holistic family, raised by a successful chiropractor in South Africa). Medical doctors are trained to believe that pain is wrong, and that sometimes, the body fails to repair itself. In this instance, allopathic medicine attempts to save the day. This is done by interrupting, numbing or interfering with the pain signal. The root of disease is rarely addressed, and if so, it is most often seen as as a genetic weakness, to be managed by pharmaceuticals. The philosophy that I was raised with believed something quite the opposite. The tenets of chiropractic stated that the body is intelligent, governed by the central nervous system, and capable of healing even the most horrific injuries or condition if able to function correctly. It stated that pain is not a mistake to be numbed, but a cry for help from the body for attention from the nervous system.

I set out to build a program to heal the central nervous system from within. My philosophy was one of unending hunger for perfection. You see, my father taught me early in life that a good physician is not driven by the people they help as much as the people they cannot help. My criteria for treatments, modalities and systems were that they had to be minimally invasive and that their outcome would be to help the body function better from within, allowing the patient to heal. I felt undaunted by the commonly accepted belief that certain conditions simply could not heal and should be accepted.

Fast forward ten years later, and my dream of helping the hopeless is still a work of progress. What a magnificent work of progress, however. To date, my highly trained team and I have treated more than four hundred CRPS cases. Our reputation has grown (in a large part due to word of mouth and social media). While we are still attempting to break through and be accepted by the mainstream CRPS establishment, our success stories are undeniable.

Our treatment system is one I call “shock and awe”, meaning, we have precious few weeks to give a hopeless patient hope again. You see, most of our patients are desperate and fearful when they start. Their biggest fear is that they will face disappointment once again. It is our job to help them gain trust in their body’s ability to heal again. To achieve this goal, I have gathered treatments and modalities from all over the world. If something is not consistently successful, it is replaced by another more effective treatment. These treatments are delivered in unison over (on average) a three-month period for maximum effectiveness. We believe that together, our treatments all have the same goal: healing the central nervous system. When delivered in this way, they increase the chances of success in a synergistic fashion.

Because we have seen hundreds of CRPS cases, all of which are approached in a holistic fashion (where every part of the body affects every other part), we have accumulated a wealth of interesting data that we believe may one day greatly benefit those who suffer from chronic pain conditions like CRPS. When we have obstacles come up in our treatment plan, we always want to know why. The why makes you more effective and allows you to help more people. The whys of failure have pushed us to grow. 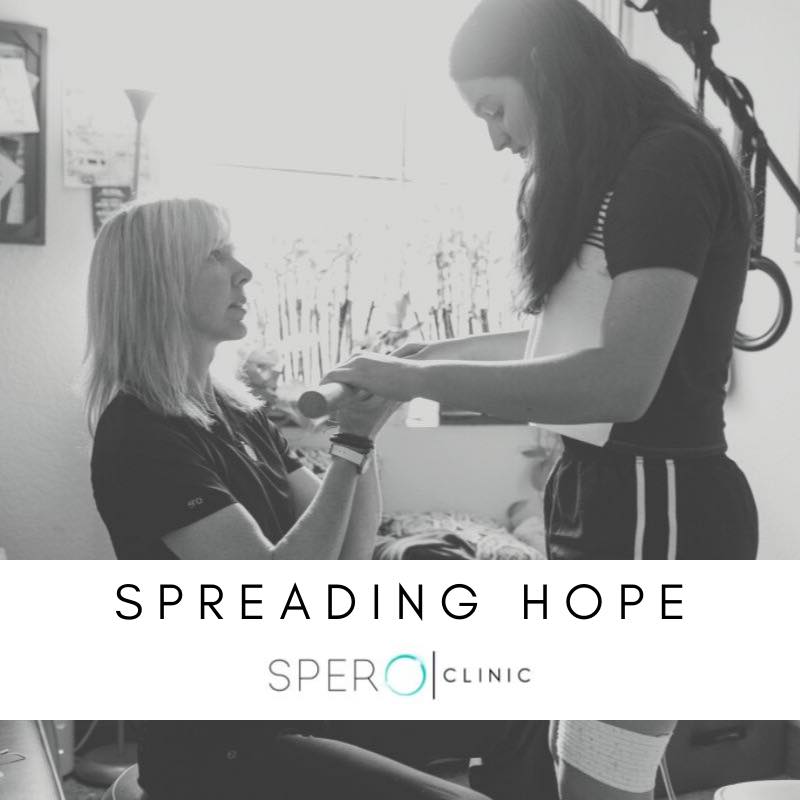 During the years, we have noticed a particularly interesting commonality between patients who experienced unexpected increased pain during treatment, or failure to respond to treatment:  Viral and/or bacterial infections. As we have developed a successful approach to safely drawing blood, we have been able to study the blood analysis of hundreds of CRPS patients, and started to recognize repeated patterns. We then realized that not only were these patterns present in our difficult patients, but in roughly ninety percent of our CRPS and EDS (Ehlers-Danlos Syndrome) patient populations. Most often, we find that the culprit belongs to the family of Herpes viruses (The Epstein-Barr virus, also known as mononucleosis, being the most common).

You see, viruses and bacteria often hide inside the body long after the initial symptoms of obvious infection have passed. Instead of being conquered by a healthy immune system, in a compromised body (where the central nervous system cannot govern the immune system correctly), these bugs repeatedly infect the Vagus nerve, hampering its function and causing massive inflammation, eventually affecting the brain, spinal cord and global nervous system. The GI tract is particularly vulnerable to these infections. I am not alone in this theory. Michael VanElzakker, a researcher affiliated with the Massachusetts General Hospital Psychiatric Neuroscience division as well as the Tufts University PTSD neuroimaging laboratory, has published a novel hypothesis on the possible etiology of Chronic Fatigue Syndrome (CFS) and the Vagus nerve, for example. His theory is that Herpes viruses and certain intracellular bacteria establish latency in the Vagus nerve and reactivate during periods of stress or illness, causing the release of pro-inflammatory cytokines. Cytokines are protein messengers that when activated, can lead to massive inappropriate inflammation of the Central Nervous System.

It is his belief, as well as mine, that traditional antivirals are not effective in treating these infections.

Separate research has found a connection between GI infections and Parkinson’s. Experiments in mice at Johns Hopkins Medicine strongly suggest that the transmission of a toxic neuron-killing protein (associated with Parkinson’s disease) originates among cells in the gut and travels up to the brain by hijacking the Vagus nerve, essentially using the Vagus nerve as a ladder to the brain.  This paper, “Transneuronal Propagation of Pathologic α-Synuclein from the Gut to the Brain Models Parkinson’s Disease,” was published in the journal Neuron.

In our clinic, we have learned how to identify the footprints that viruses and bacteria leave in blood work analysis. We have developed a natural treatment arsenal that attack these organisms, and we support the central nervous system to aid the immune system, which in theory allow the immune system to fight these infections from within. This has greatly improved our success rates.

It is my belief that we are simply scratching the surface of what we know of conditions such as CRPS. It is also my belief that a holistic approach to these conditions will be the most effective way to allow patients to heal from within, rather than an allopathic model, where separate symptoms are treated by separate specialists, often with a vague to non-existent understanding of how each system affects the other. For example, gastroparesis and chronic bladder infections are often not associated with CRPS, when they should be.

It is my sincere goal to help as many hopeless and suffering patients in my lifetime, and to share my knowledge and approach with others. To this end, we have committed to start our first study (backed by a major university) on the effectiveness of Vagus nerve stimulation using our own technique early next year. CRPS has been misunderstood and mistreated by Band Aid treatments for too long. It is time to fight this beast with a fresh approach.

Dr. Katinka van der Merwe is founder and CEO of The Spero Clinic and practices in Fayetteville, Arkansas with four other chiropractors and a growing dedicated team of twenty staff members.  She has gained a reputation of taking on hopeless and severe patient cases and has gained international attention due to her unprecedented success rates in these cases. She treats patients from all over the world, using her Neurologic Recovery Program, the emphasis of which is Neurologic Rehabilitation and restoring balance to the Autonomic Nervous System.  She is the author of two books, “Taming the Beast: A Guide to Conquering Fibromyalgia” and “Putting Out the Fire: New Hope for CRPS,” available on Amazon. She is also featured in the newly released best-selling book “Wakeup: Miracles of Healing from Around the World.”  In October 2018, Dr. Katinka was awarded Global Chiropractor of the Year in Atlanta, Georgia by the Masters Circle Global for her outstanding achievement in her profession.

Posted On October 16, 2019 ~ 1 Comment
Barry M. Wein, MSW (He/Him) is a writer, storyteller, advocate and ally. For more than 20 years, he has helped good causes share their stories,…

Posted On November 21, 2018 ~ 0 Comments
By Shannon Schildt-Leidig Oh my gosh I cannot believe we are coming up to the Holiday season and the end of another year!  This is…

CRPS Awareness Day 20- A Step Towards the Future