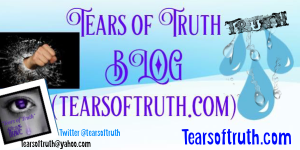 Suzanne is an active advocate for all things chronic pain. She is the voice behind social media sites like RASEforCRPS and is an active ambassador for the US Pain Foundation. Suzanne also helps RSDSA with our awareness and fundraising efforts. Read her story below.

My name is Suzanne and I have been disabled since 1999; 1st from PTSD and stage two chronic kidney disease. In August 2002, I was in a motor vehicle accident which caused multiple injuries, including a Traumatic brain injury, hearing loss (I acquired 2 hearing aids), vision lessened & eye issues, many surgeries, & 3 years of TBI rehab. I still suffer with short term memory loss and other effects from the TBI.  In 2003, I had to have a dual chamber pacemaker placed for Sick Sinus Syndrome, along with Dysautonomia/POTS. After seven surgeries and a pacemaker, I was diagnosed with” Complex Regional Pain Syndrome”, in 2007. It started in my right foot after surgery and it spread over the years to both feet & knees.

In 2005, I had an M. I. or heart attack and in 2006. Afterwards, I was diagnosed with Atrial fibrillation and was put on Blood thinners. But, I suffered a CVA or stroke in 2006. In 2013, I had to have pacemaker replacement surgery. When the Heart Surgeon got inside of my chest, they found that the entire pectoral muscle had to be totally rebuilt. The old pacemaker had been placed in the muscle instead of inside of a bag near the muscle. Over 10 years, It wore a hole right through my pectoral muscle and then had to be rebuilt during a long surgery, which was very painful afterwards.

The surgeon, a Neurocardiologist, had researched RSD/CRPS & did an internal surgical wash of Bupivacaine to try and “head off” systemic CRPS, & prevent it from spreading. It ended up being unsuccessful and the CRPS progressed into Severe, Systemic/Full body CRPS and disseminated. It’s spread everywhere including my eyes and my mouth.

I’m not the only one! There are so many chronic pain warriors with a list as long or longer!  I’m not a candidate for a Spinal Cord Stimulator nor can I receive an Intrathecal pain pump, because of the Combined Immune Deficiency Disease. It could cause paralysis and/or infection in my Spinal cord. So, I’m limited in what I can do for my chronic pain. I’m one in a group of chronic pain patients, who has had to resort to taking pain medications. But in doing this, I can have some semblance of a life outside of my bed or the sofa. Believe me, since 2002, I’ve tried many, many medications starting with chronic Lyrica & Gabapentin. I went through 8 years of physical therapy. I had to go to TBI rehabilitation for 3 years. I’ve had many braces, therapies, tests, TENS unit (prior to the CRPS) and more! Depending on the day & how much I need to do; I have a wheelchair, Motorized scooter, walker and/or a cane.  Right now the pain medications are what give me the ability to do some activities outside of my home, bed or sofa.

This is my story in the “Readers Digest” short version. It’s a long arduous and continuing saga of chronic pain and surgeries. But I just don’t give up HOPE. I make it a Verb and try to change negatives into positives. So rather than do nothing, I try to do something. For fun, I make You Tube Videos of favorite songs or stories translated into American Sign Language (@ASLSuzyQ).

I’m an Ambassador for the U.S. Pain Foundation. I write in my blog, “tearsoftruth.com.” I am a writer for the National Pain Report, I also run a few support groups for RSD/CRPS & chronic pain.   I’m a chemo-angel, a patient leader for WEGO Health and a mentor with RSDSA, for newly DX CRPS patients.  In July 2017, I was certified by the U. S. Pain Foundation, to lead an “in-person” Support Group. Without having my wonderful, loving husband/caregiver, Craig; my loving U.S. Pain Fdn. Family, Jim Broatch & RSDSA, my WEGO health friends, my friends, family and my writing, I’d be lost in all of this.

RSD and Me- A New Full Time Job

Posted On July 11, 2017 ~ 0 Comments
By Guest Blogger Sylvia Miller Being diagnosed with RSD CRPS can cause people to go through a range of emotions: denial, frustration, confusion, sadness, incompleteness,…

Posted On August 9, 2016 ~ 0 Comments
By Guest Blogger, Matthew When a person is diagnosed with CRPS, often times it can be a confusing, complex time. Read what Matthew has gained…

Hope Has Found You

Posted On March 6, 2018 ~ 0 Comments
By Guest Blogger Terri Arnett Suddenly living life with chronic pain syndromes, such as CRPS/RSD, can be a shock to the system. There are a…