Going For Gold: A Story on CRPS and Opportunity

Written by Laura Hinkle for the RSDSA blog. 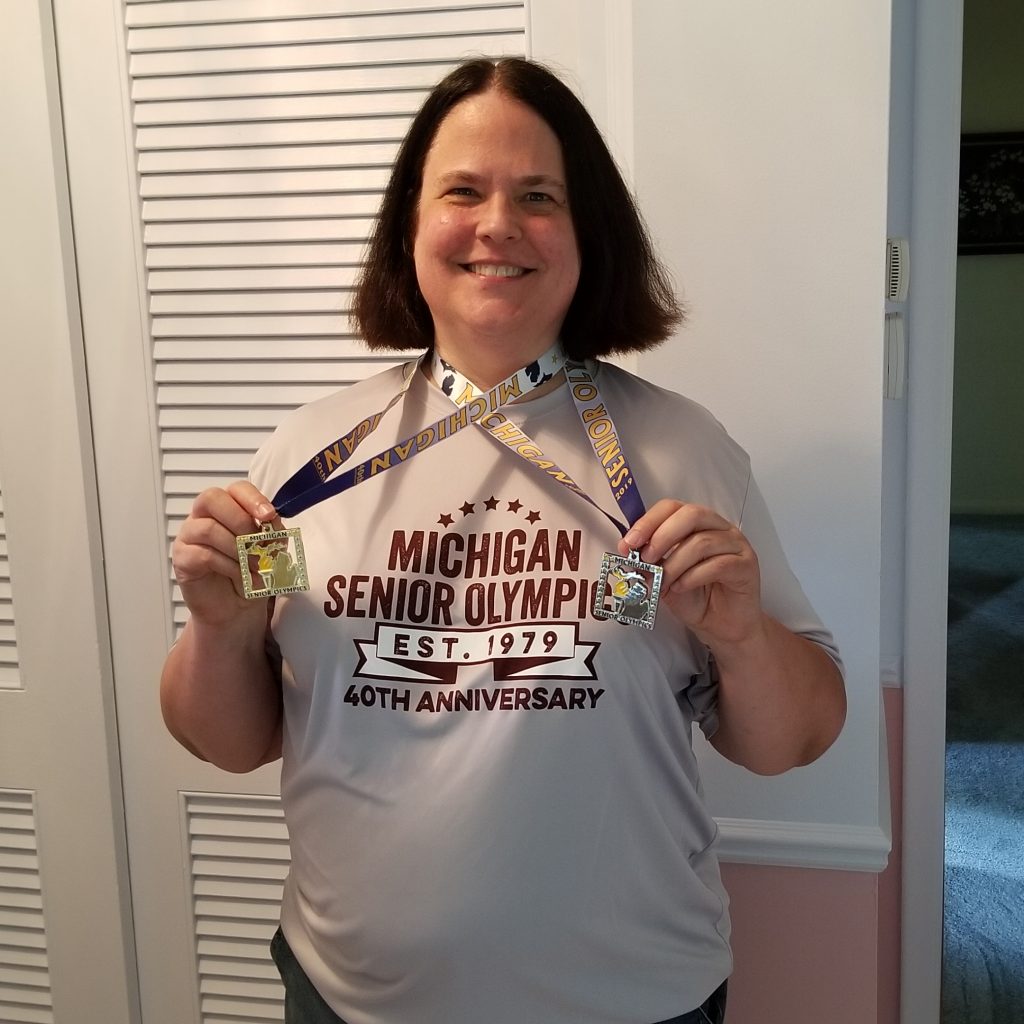 On August 24, 1994, I fell climbing up to Grinnell Glacier in Glacier National Park and had a minor break my ankle. My life changed forever as I was diagnosed with RSD.

I went through the common treatments in that time frame. The only thing that I found helpful was methadone and it became my answer to my RSD pain. But by 2013, the methadone was destroying my heart. In 2014 after 20 years on methadone, I was told that if I stayed on methadone I would not live much longer, or I could detox off methadone and live experiencing more pain. What a choice!

I opted to detox off methadone and had to do it cold turkey because I was allergic to the detox meds. It was terrible! After two months, I thought the pain would once again kill me. I returned to my chronic pain doctor and he wanted to put me back on methadone in order to give me some type of life until my heart gave out. I filled the script and went home. However, after taking the first set of pills, I realized what I was doing. I had just detoxed off it and now I was actually taking it again! Once again, I stopped taking methadone and returned to my pain doctor. That was when he told me that if I did not stay on narcotics that I would not be bringing money in for the clinic. I got up and walked out of my appointment and never returned.

I began my search on what to do. I came across PEAPure and tried it. I had some good results. I also went into counseling and learned to mourn the death of my dreams through RSD. I learned how to make peace with my RSD instead of always being in a battle with it. I learned that I had been missing a very important pain coping mechanism called my brain. My pain was still there, just as intense, but I slowly started developing a new life. 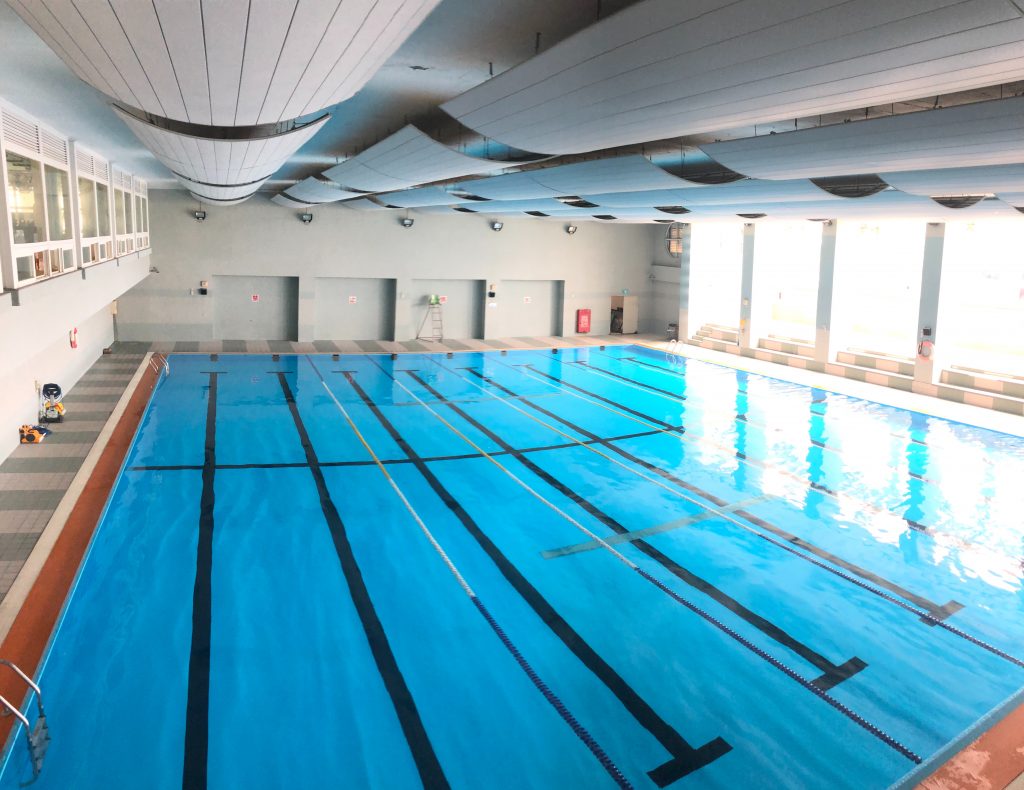 Part of my new life was swimming. I have always enjoyed swimming, though I have never thought I was very good at it. My primary doctor encouraged me to go to this place called OPC and use their therapy pool. At first I could barely last even five minutes, but I kept going back. I started to meet people and develop friendships. By the end of the first year, I could tolerate a half hour or so. The following year, I increased my time even more. One day, I took a leap of faith and went into their lap swimming pool. I swam one length. Everyone applauded for me. I was shocked at the support. They knew what a milestone this was for me.

Fast forward to August 2018 and RSD is now everywhere in my body. I am still using my walker. I am often rescued from the pool by the lifeguard, because my legs, or my body in general, just stops working because the pain is too intense. Yet, I am so thankful that I am in a safe place and around understanding people. They help me out when I need it. I also met two people who were part of the Senior Olympics and they started encouraging me to go to the next Olympics. I started training yet took it as easy as possible for my RSD. And, I continued to be rescued monthly.

2019 has been a game changer for me. It started with me landing in the hospital because in January, I fell from the pain and didn’t regain consciousness for about eight hours. But in April, I felt strong enough to no longer use my walker. The pain was still there, but I was physically stronger. In May, I walked the first mile I had ever walked since August 24, 1994. This was a big deal for me as I could not even walk to my mailbox in 2017! I just started slow. Halfway to my mailbox, and kept increasing the distance.

I was still being challenged to do swimming in the Olympics. My problem is that my pain skyrockets with vibrations. In the water, the vibrations were bruising my entire body. I was scared that my body would give out and I would have to be rescued again. I was going to dive into the pool, and even though it was off the side, that “smack” into the water was sometimes paralyzing me. I also had never competed in any athletic event my entire 59 years of life. I was terrified. I had a long list of reasons not to participate.

My new friends, like Lisa, kept encouraging me. She told me that life has opportunities in it and it was up to me if I seized them and lived in that moment for all it had to offer or if I declined the opportunity. I knew that RSD had taken away opportunities in life, but maybe it was time to do something different like rely on people if my pain went out of control and seize the opportunity that was before me. Therefore, I signed up for the Olympics in July. I knew that if I decided not to go, the cost would be a donation to them. By the end of July, once again, my RSD was so flared that I could barely walk or do much of anything. 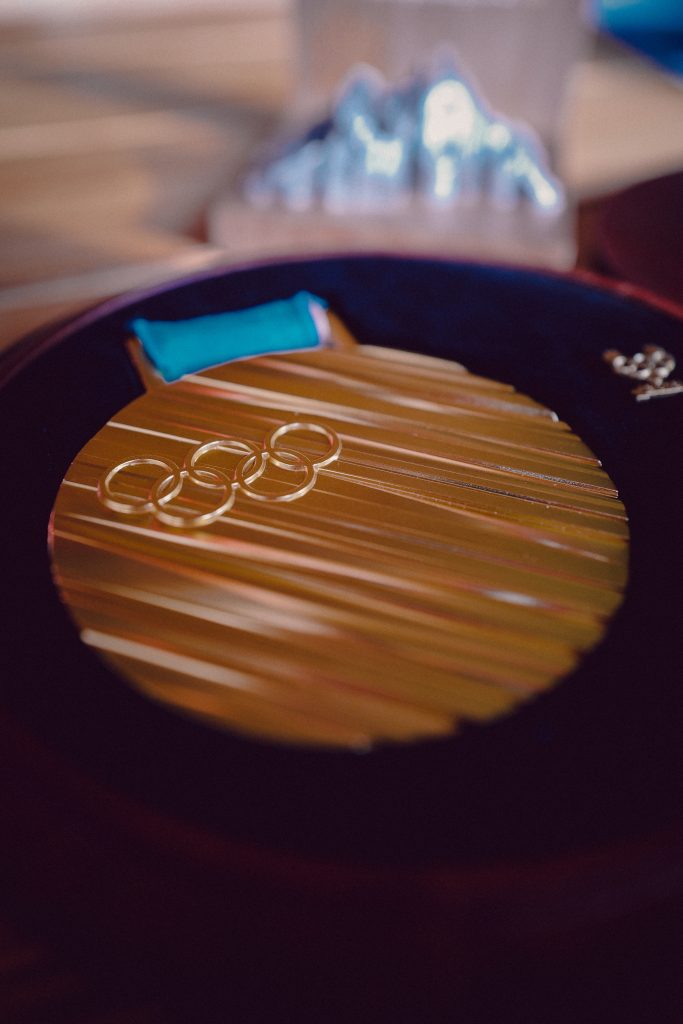 Fast forward again to August 12, 2019 at 8:00 in the morning. I was warming up for two swimming competitions at the Michigan Senior Olympics. It was all just blowing my mind. I dove in at about 9:15 AM for the 50-meter breaststroke. I dove in again at about 11:15 for the 200-meter breaststroke. I was high on adrenaline and competing in my very first athletic competition. Yes, I hurt like crazy. My RSD was not happy with me. And yet, I was still doing it. I was swimming in the Senior Olympics. Much to my surprise I received a silver medal in the 50 and a gold medal in the 200! I had won two Michigan Senior Olympic medals! I was blown away.

By the time I got home, I could barely move and by evening, I could not move. The last week has been filled with extra intense pain and I am smiling inside and out. See, RSD took a lot of things from me (as it does anyone). For the first time, since August 24, 1994, I am getting a life back. Yes, it is a different life than I ever thought, but it still is a life… a life that I can call good. The pain is intense, and I am learning how to have an intense life anyway. It blows my mind that I swam like I did. It blows my mind that I actually walked a mile even though it took me 24 1/2 years to do so.

This week, I will have had RSD for 25 years. Every day I hurt and wonder how I will get through the day. And yet, now I have learned how to challenge myself in small opportunities that accumulate into big adventures. I have been able to develop a new life with RSD that I keep tweaking daily. I keep looking for those opportunities now that I can work towards obtaining. I have learned my brain has just as much to do with my RSD as my body.

My newly found friends who are swimmers ask me what my goals are for next summer. My response was that I hope to try kayaking even though I have no idea how I will ever get my legs into the kayak. I also want to try paddle boarding, but I have no idea how I will ever be able to stand, and even fall into the water with my RSD taking over my body. My friends clarified their question by asking me what I would be doing for swimming. My response was simple: get physically stronger and swim faster by swimming more effectively. I was told that next summer are qualifiers to go to the National Senior Olympics where all the winners of each state come together to compete. My friends want me to attend the Nationals. I explained that my RSD does not permit me to travel more than several hours in a car, and there is no way I can go on an airplane as there are way too many vibrations. I live in Michigan and the Nationals are in Florida. They looked at me, smiled and said that I never thought I would be able to swim in the Michigan Senior Olympics either!

Posted On November 22, 2019 ~ 2 Comments
Written by Shanna Parlock for the RSDSA blog. How and when did you develop CRPS/RSD? On April 27, 2007 I went for the first horseback…

We Are All in This Together

Posted On November 16, 2019 ~ 0 Comments
Written by Devery Mills for the RSDSA blog. How and when did you develop CRPS/RSD? What has life been like since your diagnosis? I have…

You Have to Be There- Friendship and RSD

Posted On July 19, 2016 ~ 0 Comments
Written by Shannon Leidig for the RSDSA blog. "You have to be there, you have to Without you I drown in the deep Too far,…