Written by The Color The World Orange Team

The easiest way to get involved is to wear orange and post a picture to social media with the hashtag #CRPSOrangeDay. Make sure to ask friends, family, support groups, and your medical teams to wear orange as well! 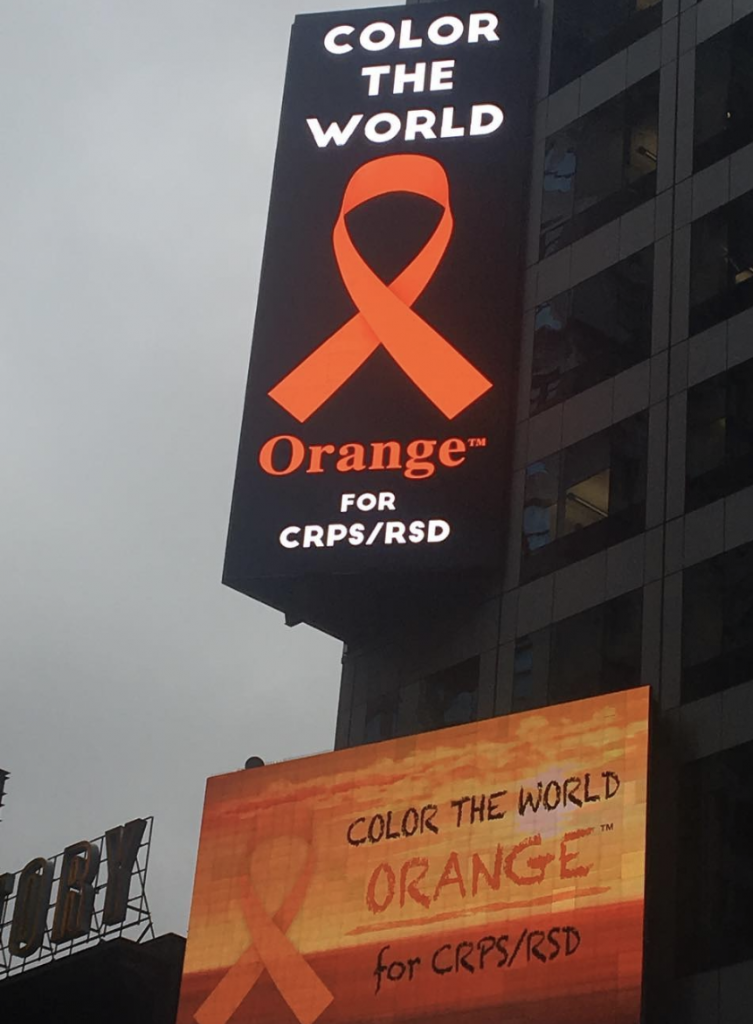 Buildings, bridges, and landmarks around the world including Niagara Falls, the Duke Energy Center in Charlotte, North Carolina, the Calgary Tower in Calgary, Canada, the CN Tower in Toronto, Canada, the Blackpool Tower in Blackpool, England and many more will be lit orange on November 4th! In addition, U.S. politicians have granted proclamations recognizing Color The World Orange Day and November as CRPS/RSD Awareness Month.

As lightings are confirmed, they will be added to the Color The World Orange social media pages as well as our website, colortheworldorange.com

We encourage the CRPS/RSD community to be creative and have fun on Color The World Orange Day! Supporters have held all-orange parties, hosted informational sessions with their doctor, and worked with local schools and businesses. Some have even hung orange twinkle lights outside their home on the night of Color The World Orange to spread awareness! A few more suggestions include:

Color The World Orange was started in 2014 to bring global attention to a disorder that, unfortunately, too few people understand. It is held annually on the first Monday of November to bring together all those affected for one common goal—CRPS/RSD awareness! Let’s show the world that while we are in pain, we are strong.

The fifth-annual Color the World Orange in 2018 was the largest yet with 137 buildings, bridges, and landmarks around the world lit orange to spread awareness of this poorly understood and incredibly debilitating condition. 2018 participants included Niagara Falls, the Mercedes-Benz Superdome in New Orleans, and five billboards in Times Square in New York. With your support, we hope to make Color The World Orange 2019 the biggest yet!

For more ideas and to see a list of all buildings set to turn orange for this year’s Color The World Orange, please visit colortheworldorange.com.

Posted On April 24, 2019 ~ 0 Comments
Written by Tatum Bunnett for the RSDSA blog. “Baby steps” has been my motto for half of my life. At the age of nine, I started…

Posted On August 28, 2019 ~ 1 Comment
Written by Drea Tunstall-Dooley for the RSDSA blog. In 2007, I  was 40-years-old when my life was permanently changed. I was going to get medicine…