Written by Gina Clark for the RSDSA blog. 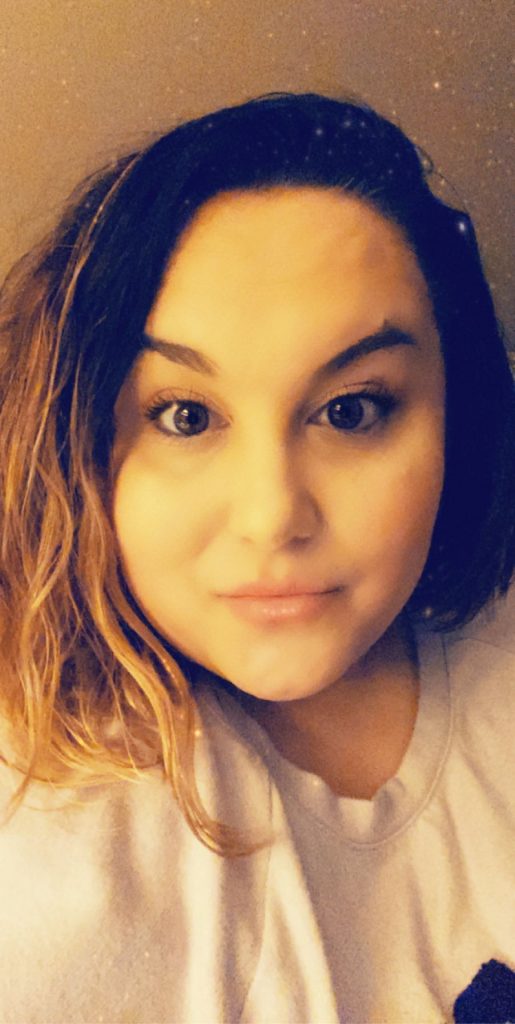 I was officially diagnosed with CRPS in September 2019. I have had close to 10 years of injuries and surgeries that have led to a significant amount of trauma to my lower right leg, foot, and sural nerve.

I was originally having pain on the ball of my foot in 2011 and it was then discovered I had a bipartite sesamoid. The orthopedic doctor performed a sesamoid removal at that time. I waited a little while to recover and sort of felt “back to normal,” but I was still in pain even after some time. I went back to the orthopedic doctor (a new doctor that took over for my doctor who moved out of state) and mentioned I was still in pain, having issues with balance, and bearing weight. It was painful and uncomfortable to walk. My doctor had me do a variety of things that were not invasive like use a walking boot and physical therapy. Still, my pain was no better.

The doctor then said that a gastroc recession (calf lengthening surgery) may help me with weight bearing, which in return would help my pain. I went ahead and had that surgery done in 2013. I recovered from surgery but noticed I was having loss of sensation on the right side of my foot and a portion of the right side of my lower leg and ankle. We gave my leg quite a while to try and regain the feeling but to no avail. Physical therapy was unsuccessful to try and get the nerve awake. My daily life started to become affected as I would step on objects or a hot surface and get injured since I did not even know the danger was there because I could not feel it.

I was then sent for an EMG. After that test, it was discovered that I had 55% nerve loss of my sural nerve. I was referred to another doctor in orthopedics who specializes in nerve repairs. I underwent a neurolysis and nerve wrap in 2016. I waited again as long as the doctors told me to wait and then some, but the wrap did not work. I followed up with my doctor again and they mentioned performing a nerve transfer. That procedure took place in 2017. Again as my incisions healed, my pain, numbness and tingling did not. I still tried to hold onto hope that maybe things would get better. Again, I waited for as long as the doctors wanted me to and even longer.

The doctor that performed my two nerve surgeries moved out of state and my case was taken over by the doctor who took over for him. I met with the new doctor and mentioned I was having swelling and increased pain near my most recent incision site. The incision healed nicely, however it was suspected I had a neuroma. The doctor performed an ultrasound guided lidocaine injection to see if it would help with the suspected neuroma pain. Since I had relief while I was in the office, we decided to go ahead and do an exploratory surgery for the suspected neuroma. I had this procedure done at the end of 2018.

During this surgery I had four different procedures done. I had revision of painful scar, right lower extremity, 15 cm, neurolysis of superficial peroneal nerve and excision of neuroma and transfer into extensor digitorum longus muscle, neurolysis of the lateral sural nerve and lastly, a fasciectomy, right lower extremity anterior and lateral compartmentment. My pain just continued and I could not find any relief no matter what I did. I was still numb and started to become discouraged.

My orthopedic doctor said they had done everything they could from an orthopedic standpoint and referred me to a pain specialist. I met with the pain clinic in April 2019. My pain clinic doctor had me try more physical therapy, Voltaren Gel, different doses of gabapentin, but I still was not feeling better. After a few months of trying more conservative measures, I went for a follow up. At this point, I was no longer able to work and a new reality was setting in.

My quality of life was not good, due to the pain. I started to feel like a shell of my former self. I knew that I needed to remain hopeful for brighter days ahead. I have a 10-year-old daughter and I knew she was my reason for pushing on and doing all I can do. During that visit, I mentioned to my doctor that I was feeling really cold in my foot and leg. They hooked me up to a skin thermometer and I was six degrees colder in my injured limb. I could tell the concern of my doctor and she immediately had one of her colleagues consult with me since this doctor had a little more knowledge in this. The plan was to go ahead with a lumbar sympathetic block. The doctors said it may not work but let’s say we tried everything we could. I went home that day so worried and upset. I have dealt with many surgeries and injuries over the years, but my leg and foot going cold really rocked me.

CRPS became more real as it was mentioned by my doctor and I was formally diagnosed. I went in for the block and it only lasted a day. Again, I felt defeated. The next step was a spinal cord stimulator. My doctor reviewed all the information about a spinal cord stimulator (scs) implant and his expectations for me. I consulted with the pain clinic psychiatric doctor, as is protocol, in order to approve or deny the procedure. The psych doctor reviewed so much with me and gave me even more knowledge on the device, etc. I was then approved, and set up for an scs trial procedure. In February 2020, I did complete a trial with 50% improvement. I was scheduled for March 25th and beyond ready to have it done. However, due to COVID-19, my surgery has been postponed. I am just waiting for the call to say, “Let’s go!” and I will be ready!

Daily life has been very hard but I am learning my body, what to do, and not to do. I know certain things can trigger the pain more. I hope one day to play with my daughter and not be in pain. I now walk with a cane and have handicap parking. I also use a walker for longer distances. Still, I try and remain in a positive headspace despite my difficulties. If I do not remain positive, then it will only make my prognosis and outcome worse. I have bad days and not so bad days (even though the pain is constant), but I try to find a silver lining or a glimmer of hope no matter what.

Many people do suffer in silence since so much is unknown about CRPS/RSD. Even though many people can smile and seem ok, sometimes they are not.

I would say that your mindset has a lot to do with how you fight this. If you can remain even a little bit positive on your worst days (trust me I know it is hard and some days are just so awful) then I feel you can face your battle in a better way. If you are in fact having difficulty with this, there are resources out there to help you cope.

What encouragement would you give to Warriors who have had CRPS/RSD for many years?

You are not alone, we are in this together! If we can lean on family, friends, or anyone you trust for support, it will help. We are Warriors for a reason. We battle CRPS/RSD and that is no small feat!

As of now, just the trial stimulator has been helpful with some relief. That is why I am looking forward to the implant.

For me, reading other Warriors stories has been super helpful. To know that there are other people facing the same obstacles creates a support system that is sort of different from a spouse, friend, or family members.

A Patient’s Experience Inside the Neurologic Relief Center in Fayetteville, AR

Posted On May 1, 2019 ~ 0 Comments
Written by Angie Jones for the RSDSA blog. Four years ago, I was happy, healthy and pain-free. I owned my own business, volunteered in dog rescue,…

We Are on Fire, but We Are Strong

Posted On November 15, 2019 ~ 0 Comments
Written by Jeannette Pello for the RSDSA blog. How and when did you develop CRPS/RSD? My CRPS diagnosis was in 2015, but before that I…

Finding My Way to Joy Through a Life of Continual Pain

Posted On October 30, 2019 ~ 5 Comments
Originally written by Lori Joksch for 110 Magazine. We have republished with permission. A decade ago, I was an R.N. working in the Delivery Unit…